It’s been 70 years since the first power poles were planted in Battle River Power Coop’s service area. At the AGM on June 20, the room was filled with members and guests who gathered to Celebrate 70 Years of Tradition and Innovation.

Chair, Dan Astner, spoke about the Alberta farmers who came together to cooperatively bring electricity to their farms, and who created boards to serve and protect the organizations. He explained the board’s present tasks in fostering healthy government and industry relations, and the challenges inherent in Alberta’s advancing utility industry. He stated, “Directors are tasked with looking beyond the present-day issues and challenges and addressing prospective future impacts.”

General Manager Colleen Musselman presented facts and figures from 2018, showing the advantages of membership in Battle River Power Coop. In 2018 members saved an average of $668.20 on distribution charges compared to an Investor Owned Utility. She reported that the score on Battle River Power Coop’s 2018 Certificate of Recognition (COR) with the Alberta Safety Council was 99%, the highest in Alberta. Looking at future goals she stated, “Cooperatives flourish as membership increases and Battle River Power Coop is committed to expansion and growth for the benefit of all members.”

Nine candidates were nominated for the six available positions on the Board of Directors. Election results: Darcy Doblanko, Arnold Hanson, and Darrin Rasmuson are new to the Board, and incumbents Kevin Mathieu, Don Moman and David Thomas were reelected. Scholarships were awarded to five outstanding dependents of members of Battle River Power Coop: Milan Joellen Cuthbert, Jade Lysyk, Boyd Gerow, Zachary Prediger and Tia Schram. 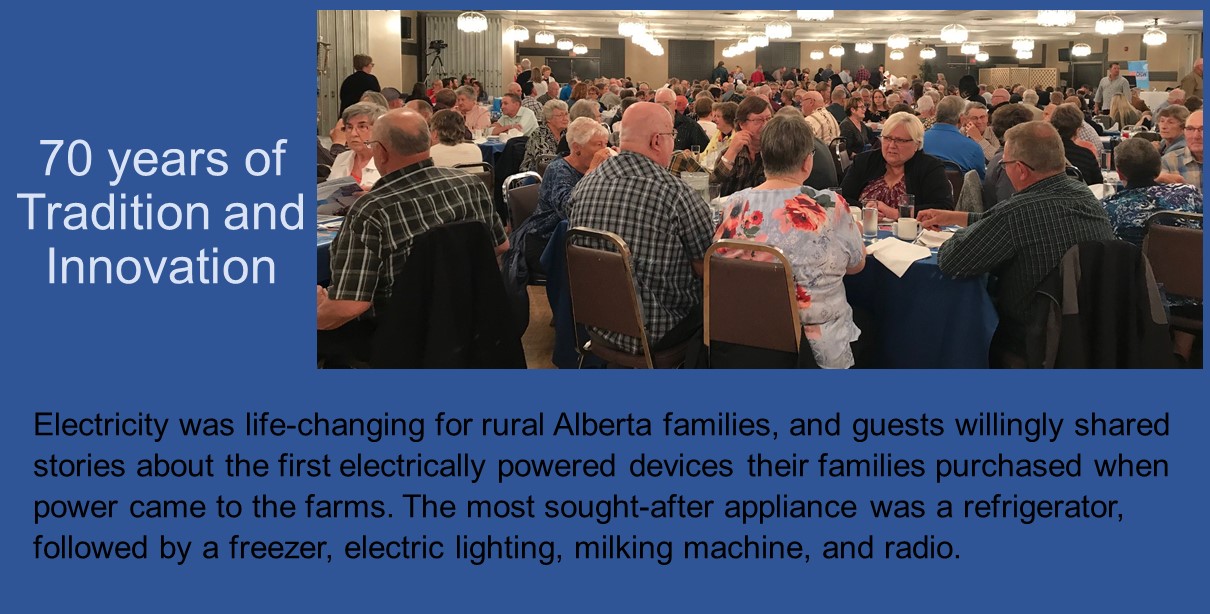