Soon after the year 2000, planning began for Battle River Power Coop’s present office and yard. The location is as central as possible for the members in our service area, in the Ervick subdivision near Camrose, at the junction of Highways 13 and 21. It was a progressive move, and made room for increasing staff, equipment, construction materials, and service vehicles.

During this time, repercussions were still being felt from the deregulation of Alberta’s electricity industry, and amalgamations of Rural Electrification Associations (REAs) were in progress. (See Parts 1 and 2 of this series). The most recent amalgamation was in 2006, when Chipman REA, Bruderheim REA and Battle River REA amalgamated, bringing the total number of REAs within Battle River REA to 24.

Originally, each REA held two positions on the Board of Directors, a number that was later reduced to a total of 15. To this day, and to the credit of all those who dedicate their time in service on the Board, Battle River Power Coop has Directors who are well-spaced throughout its service area.

Amalgamation was the first step in becoming self-operational, and far from the last. A sustainable, reliable cost-effective electricity cooperative has many interlocking components, and it is adaptable:

Deregulation of the electricity industry in Alberta in 1996 was the spark that set a new fire blazing in the hearts and minds of REA directors and managers. Many, including those who amalgamated to form Battle River REA, were determined to retain ownership of the electricity cooperatives that their forebears created. Through hard work and dogged perseverance, Battle River REA’s directors, managers and employees created a fully operational electricity distribution utility, second to none and currently the second largest electricity cooperative in Canada. Battle River Power Coop Chair, Dan Astner, describes the process like this: “We started walking, and when the ground was solid under our feet we kept going, and we got to where we are today.”

Acknowledgements: Sincere thanks to those who contributed information for the 3-part series, Battle River Power Coop Celebrates 20 Years of Self-Operations: 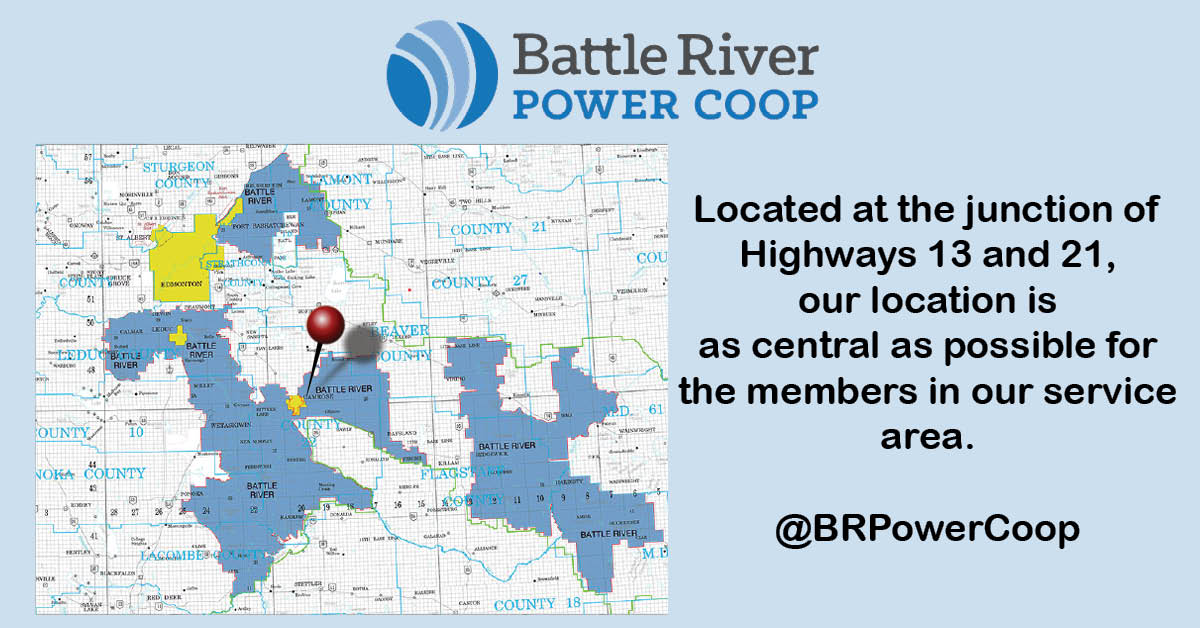