The past 20 years of Battle River Power Coop history are defined by its development into a fully operational electricity distribution utility. During this journey there were administrative challenges to meet, a steady stream of technological advancements to consider, increasingly complex field work to complete, and financial decisions about how best to use dollars in service to members.

As amalgamations continued (see Part 1 of this series), a group of Rural Electrification Associations (REAs) banded together to form Prairie Power, an association that would collectively give REAs the purchasing power they required to secure a reliable source of electricity. Purchasing electricity was one of many hurdles to be overcome, and REAs sought advice south of the border. Alberta stood alone in Canada as a province where the cooperative business model was actively practiced in the electricity industry. However, electricity coops were widespread in the rural US, and they willingly shared advise and expertise.

A milestone was reached in the early 2000’s with the Nelson Lake project. By this time, staff had increased and there were two 3-man crews of Powerline Technicians and contractors were hired when additional staff was required. Nelson Lake was the first 3-phase power installation undertaken by Battle River REA, installed in terrain that others had declared unworkable. Battle River REA Powerline Technicians proved the naysayers wrong, sometimes working up to their chests in water. The project was completed on time and under budget.

By the time the Nelson Lake Project was complete, it was obvious that the REA would need more office space. To use dollars most effectively, and with priorities of strategic purchasing and hiring, construction on the present Battle River Power Coop building was postponed until the Ferintosh office simply could no longer house the expanding cooperative. 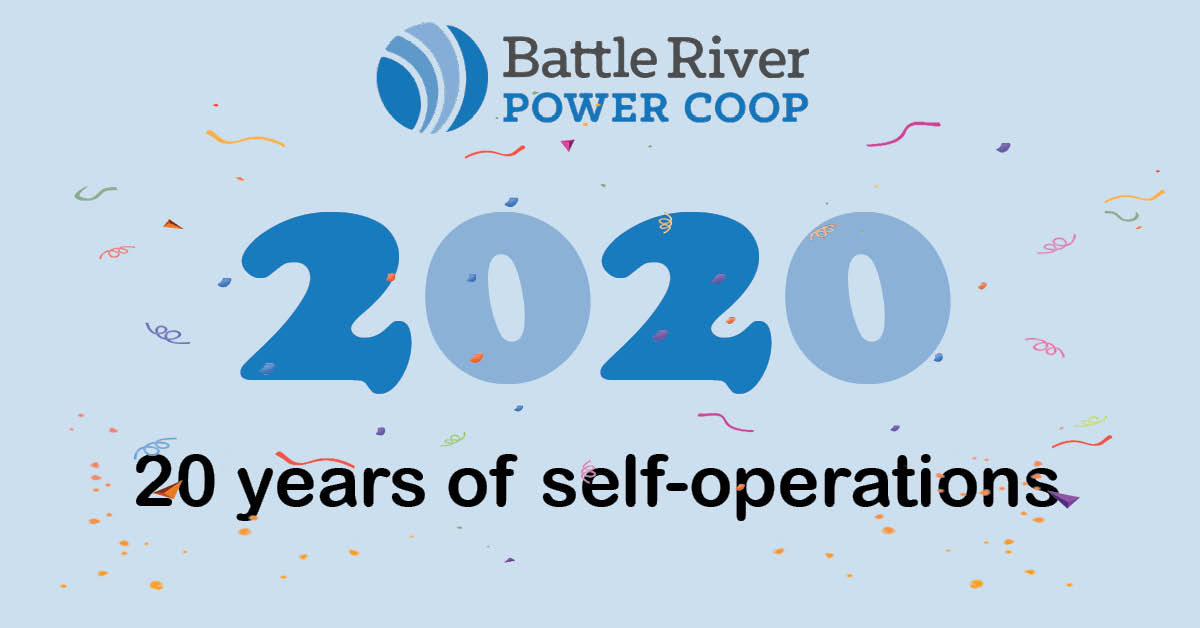