Battle River Power Coop has a proud history going back 71 years. The story began with Alberta farmers who formed cooperative Rural Electrification Associations (REAs) and built their own electricity distribution systems. They contributed capital, secured loans from the Alberta Government, employed the expertise of private electricity utilities, and often worked on powerline construction. REAs were the primary vehicle through which electricity came to rural Alberta, numbering 381 active associations by the late 1960’s. After the poles were up and the lights were on, REAs contracted with private utilities to perform day to day operations, maintenance, and billing. It was the only option, both legislatively and practically, because each REA consisted of only a few hundred members.

Fast forward to 1996 when the Alberta Utilities Act went into effect and the deregulation of Alberta’s electricity market began. The electricity industry was restructured, with specific roles for companies who generated, transmitted, and distributed electricity. REAs were classed as distribution utilities, and as such were tasked with maintaining their own systems and buying their own electricity. REAs needed a greater economy of scale to complete transactions with the newly formed Alberta Power Pool. It was time to amalgamate.

In the south-western part of the area now named Battle River Power Coop, five REAs began discussions about how best to achieve their common goals: to take control of their own operations, to deliver electricity safely and sustainably, and to remain member-centred. They crunched numbers, and agreed that a minimum of 3300 members would be required for an REA to thrive as a sustainable, independent economic unit.  Board members and managers met, discussed common problems, and pored over individual REA service area maps determining who owned what poles and line. They negotiated the first of a series of amalgamations, and on April 7, 1999, brought a new Battle River REA into existence, choosing the name because the Battle River flows through the area.

The first amalgamation was followed by others:

In 1999 Battle River REA had grown sufficiently to establish its own operations department, and work began on its first new electricity installations.

Much has changed in the intervening 20 years, but our cooperative roots and values remain. Present day Battle River Power Coop exists today because forward thinking Boards of Directors and Management recognized the value in collective ownership of our rural electricity cooperative. In 2020 we celebrate the 20th anniversary of this remarkable accomplishment! 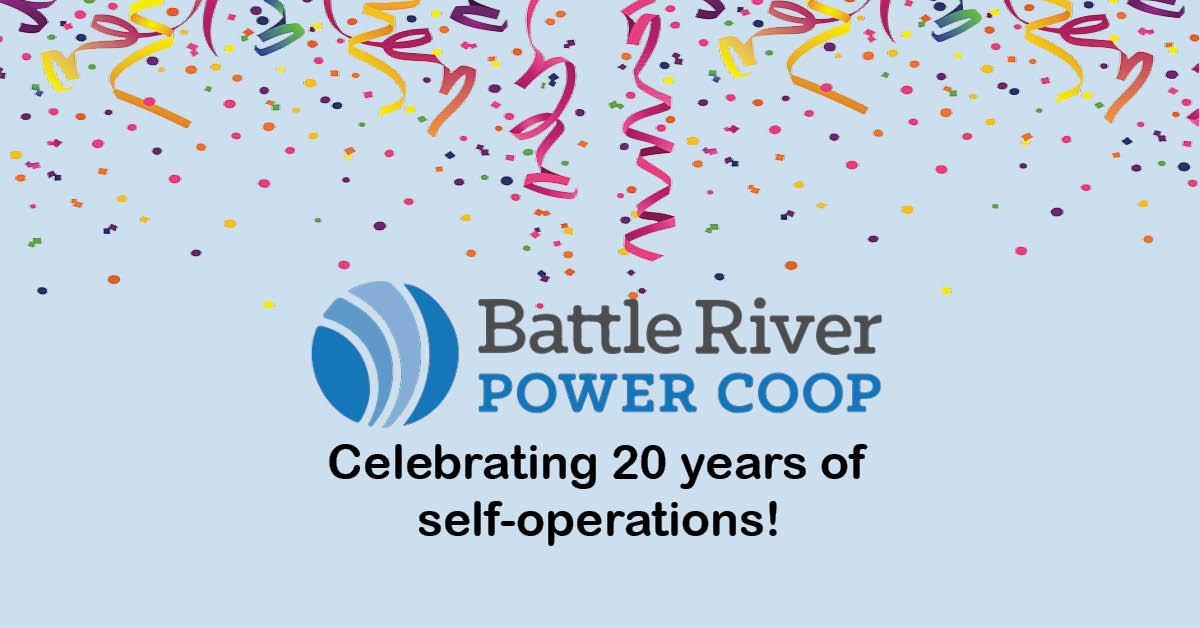