Monthly bills sent out by Battle River Power Coop contain a breakdown of charges, found in the centre portion of the bill. Each category has its own purpose:

ENERGY: This line item reflects the cost of energy used within the billing cycle and varies depending on consumption and on the current cost of the energy. Consumption is determined through regular meter reads which, with few exceptions, Battle River Power Coop accomplishes by air.

ADMINISTRATION: This fee covers the costs for billing and member services.

DISTRIBUTION: The Distribution Tariff, established annually by the Board of Directors, covers the costs of the numerous critical and strategic activities required to maintain Battle River Power Coop’s distribution system. These include, but are not necessarily limited to, the following:

LOAD SETTLEMENT: This fee is charged by FortisAlberta for providing Load Settlement Service per active service. No portion of this fee accrues to Battle River Power Coop. 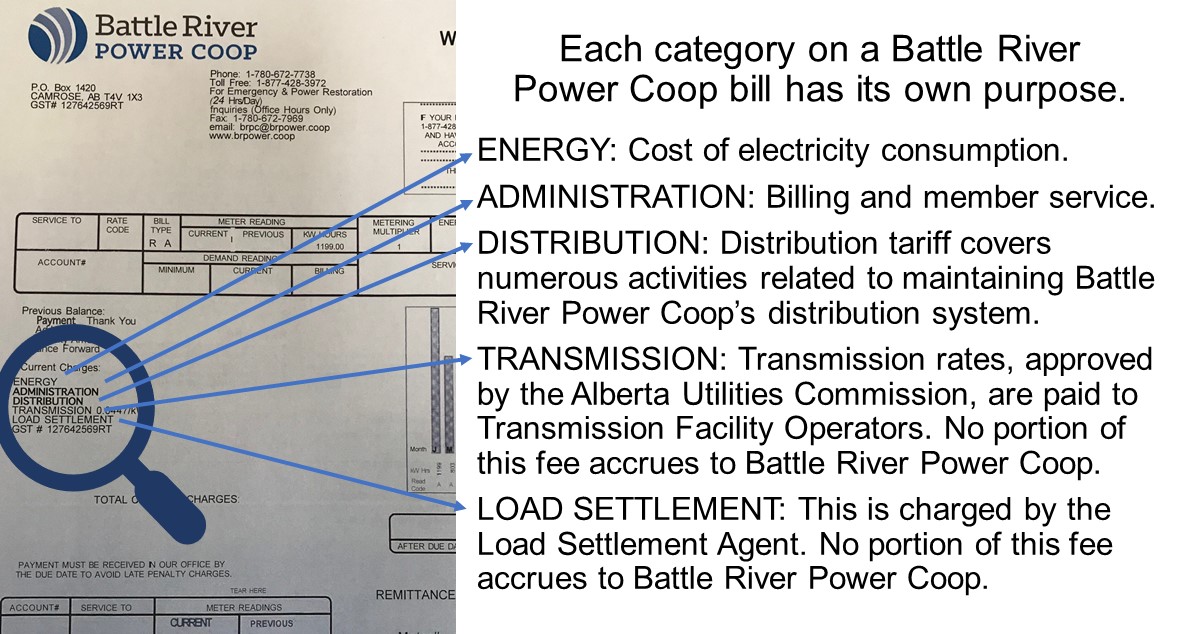