Coops are Good for the Economy

Coops are Good for the Economy

A cooperative, as defined by Co-operatives and Mutuals Canada is, “an organization owned by the members who use its services (a consumer co-operative or credit union), or by people who work there (a worker co-op), or by those who live there (a housing co-operative)”. The business model can be adapted to specific circumstances, products, services and regions. It can be used to buy and/or sell goods like groceries, grain, dairy products, fuel, and farm supplies. It can build housing or share capital for joint projects. Coops can provide health services, day care, or senior care. Cooperatives can be utilities that deliver water, natural gas or electricity. Cooperative credit unions were pivotal as lenders for early coops, and after 100+ years they still fulfill that role alongside many others.

Amid this amazing diversity, coops share values that are expressed in the seven cooperative principles, and they have a tradition of mutual assistance. This philosophy was expressed in the theme of Coop Week 2019, InterCo-Operation.

A recent study by Co-operatives and Mutuals Canada shows that the cooperative sector is thriving. In 2015, coops contributed $61.2 billion to the Canadian economy, a figure that represents 3.4% of Canada’s GDP. Memberships totaled 31.8 million (many Canadians belong to multiple coops), and full-time equivalent employees numbered 182,253. Coops paid taxes paid to all levels of government totaling $13 billion in 2015, a significant injection into public funds and a benefit to all Canadians.

The study noted that cooperatives tend to buy more of their inputs from local sources, creating a greater economic ripple effect than conventional businesses. Battle River Power Coop has embraced this concept and spends local first whenever possible. In 2018, we spent $6.3 million in local communities and another $25.2 million provincially. Battle River Power Coop employees live in local communities and contribute to local economies, illustrating the secondary benefits that cooperatives have on local economies.

The economic impact of cooperative businesses in Canada is substantial and undeniable. Battle River Power Coop is proud to be part of a sector that powerfully and positively affects local, regional and national economies. 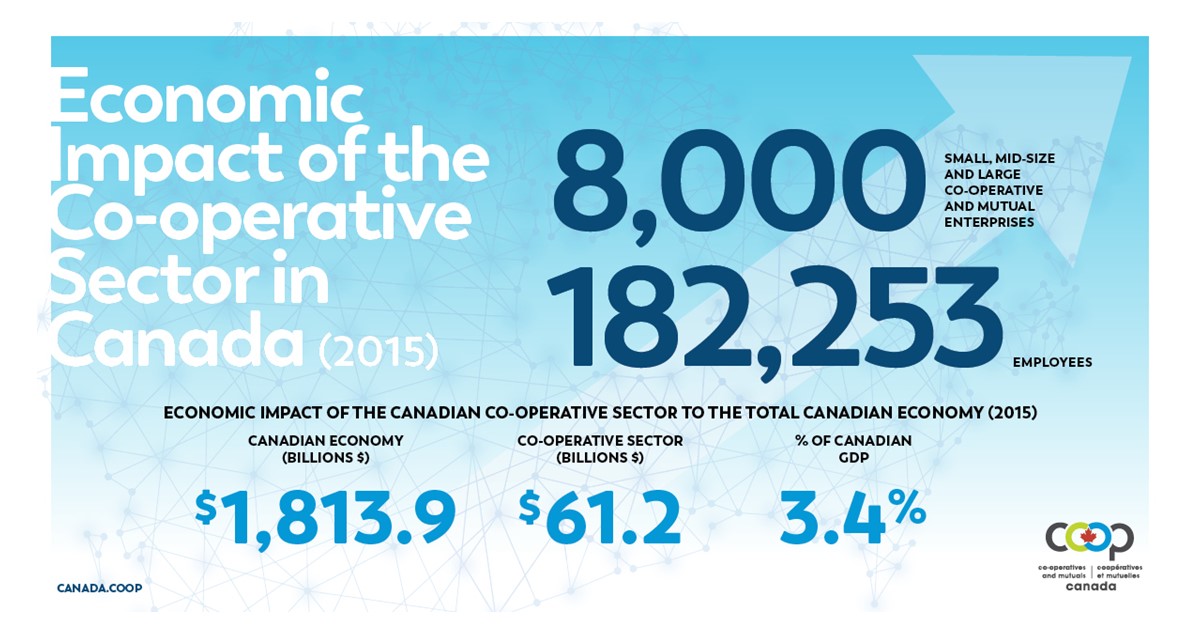