The Annual General Meeting (AGM) of Battle River Power Coop, held on June 20, 2019, was a time for members to celebrate the 70 Years of Tradition and Innovation. Many in attendance have lived in Alberta all their lives and have family stories about the time of rural electrification in Alberta. Rural Alberta farmers organized the original electricity coops, or Rural Electrification Associations (REAs), and many farmers worked on the crews than put up the first powerlines.

Battle River Power Coop has grown through amalgamations and expanded its operations and services over the intervening years, welcoming new members and adapting to the needs of today’s rural Alberta. We are proud to have kept pace with increased requirements for farm services and expansion of services to accommodate non-farming rural residents and rural businesses. As a cooperative, Battle River Power Coop is member-owned. Profits do not leak out in the form of stockholder dividends and members benefit from lower power distribution rates.

The presentation by General Manager, Colleen Musselman, gave those present at the AGM a snapshot of the financial benefits of membership in Battle River Power Coop. 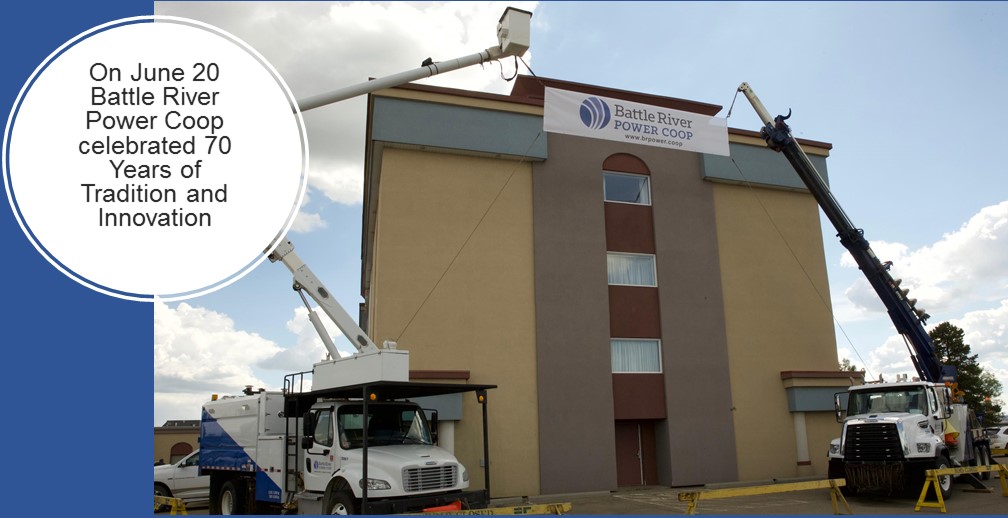