The four key components of electricity delivery are Generation, Transmission, Distribution and End-User Consumer. All four work together in ultimately providing power to Albertans, under the oversight of the Alberta Utilities Commission (AUC). Generation of electricity in Alberta is in a state of transition, both in production and regulation.

Market Regulation: The wholesale electricity market in Alberta is currently an “energy-only” model, meaning that generators are only paid for the energy they produce, not how much they are capable of producing. (Alberta is one of only two jurisdictions in North America that use this model). In 2016 the Government of Alberta announced its endorsement to transition from an energy market to a “capacity market”, to be in place by 2021. In a capacity market, generators receive energy payments for the energy sold, and capacity payments, which are paid to the generator for making generation capacity available on demand. The Alberta Electric System Operator (AESO) is responsible for designing and implementing the capacity market.

Coal Phase-Out: As regards actual energy generation, coal is being phased out and the use of natural gas as a fuel source for power generation is increasing. In addition to natural gas-fired generators already operating in Alberta, proposals for conversion from coal to natural gas in existing generation facilities have been submitted to the AUC.

Renewables: The Government of Alberta has stated that 30% of Alberta’s electricity will come from renewable sources such as wind, hydro and solar by 2030. In 2017, Round 1 of the Renewable Energy Program (REP) selected four bids for new wind installations in Alberta. These will add 600 MW of generation capacity beginning in 2019. Results of the competitions for rounds 2 and 3 of REP were announced in late 2108, and will add another five wind installations, with a combined capacity of 760 megawatts, or enough to power 300,000 homes. These projects are expected to reach completion by mid-2021.

Each part of the electricity system has its own role and responsibility. Battle River Power Coop buys power from the Alberta Power Pool and serves its members as a distribution utility. 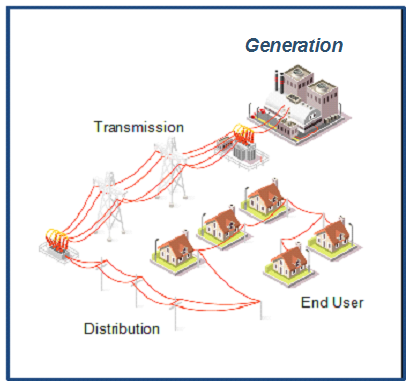