This is the fourth year of Battle River Power Coop’s Meal to the Field. Once again, we divided our service region into 10 zones and drew a winner from the entries received in each area. The contest provided the winners with a nice break from preparing meals and it was a great opportunity for Battle River Power Coop staff and Directors to meet personally with members and their families. Along the way we met farmers who dealt with flooding, drought, hail, and early snowfall in 2018. We met farm families who support each other and offer aid to neighbors when needed. We saw great strength in families, some of whom have farmed the same land for generations. The families we met later in October were all glad and relieved to be in the fields again and talked about the quality of crops before and after the snow.

It was very interesting to learn about the range of interests of Battle River Power Coop members. Some serve or have served on various Boards of Directors and County Councils and others are interested in coaching sports teams. Besides farming, topics of discussion were education, local wildlife and local history. We heard personal stories about parents who put up power poles during the early days of rural electrification in Alberta. And a member told us about an upgrade needed to accommodate a bigger grain dryer. How times have changed!

The 2018 Meal to the Field recipients were: Carl and Cheryl Bergstrom from Bashaw, Doug and Marlene Campbell from Camrose, Keith and Terry Lee Degenhardt from Hughenden, Orest and Lois Eleniak from Chipman, William and Gloria Knight from Tees, Dale and Heather Lambrecht from Wetaskiwin, Tom and Laurie Leslie from Sedgewick, Edwin and Adella Plitt from Leduc County, Alice Smith from Bittern Lake, and Darcy Thomas from Calmar.

We offer congratulations to those who won a Meal to the Field this year, and admiration to all the farm families in our service area. We recognize the long hours, late nights and dedication to farming. Thank you! 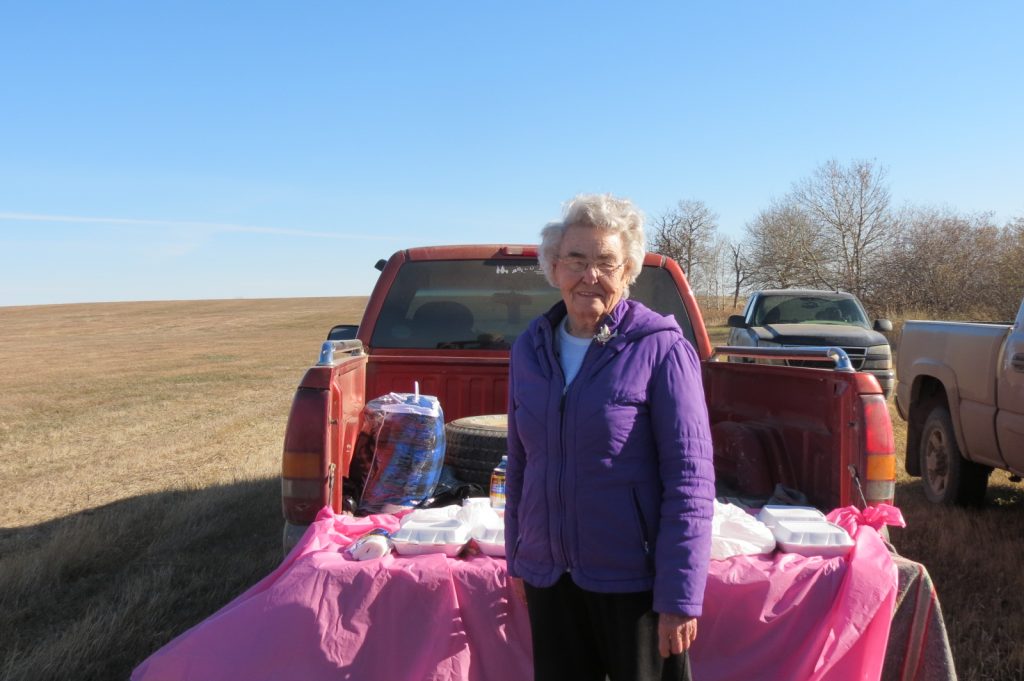