A Brief History of Electricity

A Brief History of Electricity

Thanksgiving Day in Canada is October 8, 2018, a time to give thanks for the harvest season, for family and friends, and for the people and things that make our lives better. As you add up all the things you are thankful for, take a few minutes to think of electricity. Count the electrical devices, conveniences and necessities in your home and try to imagine life without them.

It is a relatively short journey back to a time when electricity was unknown. In the early days of electrical discovery, average citizens gained no benefit whatever from the initial scientific strides made by Michael Faraday and his contemporaries. It took many years and many inventors before the real potential of electricity was realized. Consider these milestones:

Each milestone is a reminder of the human ingenuity, creativity and hard work involved in developing the electrical system we have today and the benefits we gain from that system. As we take time on October 8 to give thanks for family, friends, food and shelter, spare a thought for the benefits of electricity. 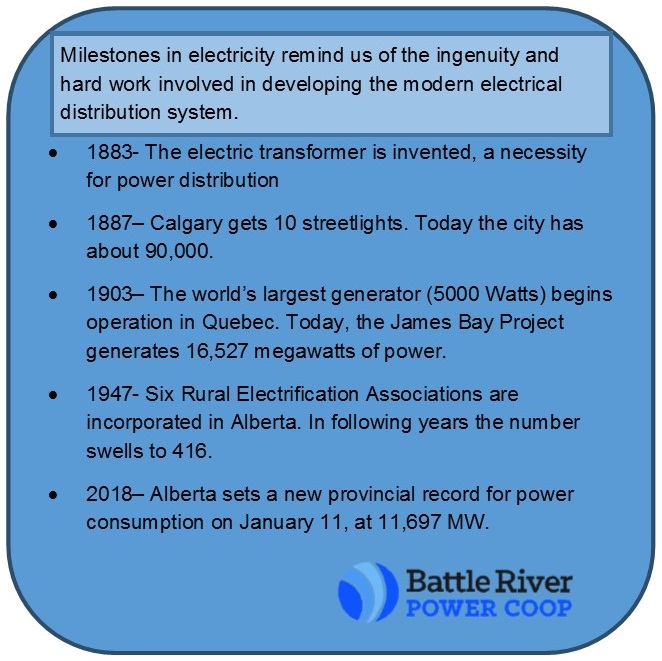