In 2017, the Government of Canada launched Generation Energy, “an open and inclusive nation-wide dialogue with stakeholders, experts and individual Canadians to envision what a low-carbon energy future would look like for Canada over the course of a generation”. The report, released in June of 2018, talks about Pathways toward meeting Canada’s commitment to reduce greenhouse gases, the first of which is Wasting Less Energy. The following is an except from the report:

“Efficiency – the energy we don’t use – is the cheapest energy resource at our disposal and the only one that saves consumers money and reduces the cost of doing business. Indeed the world has seen an unprecedented decoupling of economic growth and energy consumption in recent years. We’ve been talking about doing more with less in Canada since the 1970s and although some progress has been made, we still have a lot of room for improvement when it comes to energy efficiency.

Fortunately, wasting less energy today means getting smarter and more deliberate, not going without – and the tools to slash our energy use have never been more readily at hand. Wasting less energy may lack the excitement of an electric car or the visible virtue of solar panels, but pursuing this energy efficiency pathway may well be the most significant single action we take in this transition to meet our climate goals.

Canada is currently improving its energy efficiency by about one percent every year. By doubling that to two percent every year by 2025 and then increasing again to three percent per year by 2030, we can meet at least one third of our Paris emissions targets through efficiency measures alone. Doubling and tripling the current pace of year-to-year efficiency boosts is a very ambitious goal, but also an essential one. It can create over a hundred thousand jobs, save businesses and consumers money, and make our economy stronger.

There is no more essential first step toward Canada’s low-carbon economy than boosting our nation’s energy productivity. And by minimizing the investment needed in electricity production, renewable fuels and fossil fuels over the next generation, it makes all the other pathways shorter, easier and more economical to navigate.”

The Generation Energy Report continues by outlining other Pathways leading toward a low-carbon future. It may be read in complete form by following the link…  http://www.nrcan.gc.ca/sites/www.nrcan.gc.ca/files/energy/CoucilReport_june27_English_Web.pdf 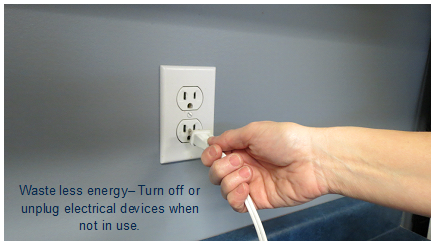