The theme Raising the Bar greeted Battle River Power Coop members and guests at the Annual General Meeting (AGM) on June 21, 2018 in the Norsemen Inn in Camrose.

Dan Astner, Chair of the Board of Directors, spoke about Raising the Bar through the first days of rural electrification to the present time. He stated that, “Battle River Power Coop Raised the Bar 69 years ago this year when we raised the first power pole and brought a critical economic development advantage to rural Alberta – electricity.” Mr. Astner continued, saying that we benchmark the true cost of power delivery to rural Alberta because we operate as a cooperative and do not generate profits for stockholders.

Colleen Musselman, General Manager, presented figures showing that Battle River Power Coop members saved nearly $5 million across the Coop in 2017. She spoke about Raising the Bar through staff training, technology, communication with members and commitment to community. Examples were abundant. A new mapping system and real time GPS allow for efficiency in dispatching personnel in the field. An upgraded phone system will soon be in place to enhance member communication with the office. Commitment to community means spending local first ($6 million this year) and supporting local youth with scholarships and ACCA Leadership Camp sponsorships. Tax payers (many of whom are also members) in Battle River Power Coop’s service area benefit from collaboration with counties, minimizing respective expenses in capital projects and vegetation management.

The business of the meeting included a vote on a supplemental bylaw and the election of a new Director, Mr. Tim Coates. Directors Claire Nordin and Biff Blue announced their retirement from the Board. Dan Astner took the podium to commend Ms. Nordin and Mr. Blue for their years of service and to express appreciation for their talents and expertise.

What’s next for Battle River Power Coop? Mr. Astner is optimistic about the long-term future of the Coop. He sees Rural Electrification Associations (REAs) as sustainable, independent cooperative power providers contributing to economic growth in rural Alberta. A quote from Mia Hamm, gold medal winning soccer player was aptly used at the meeting: “Celebrate what you accomplish, but raise the bar every time you succeed.” Battle River Power Coop is grounded in tradition and moving forward, continuing to Raise the Bar into the future. 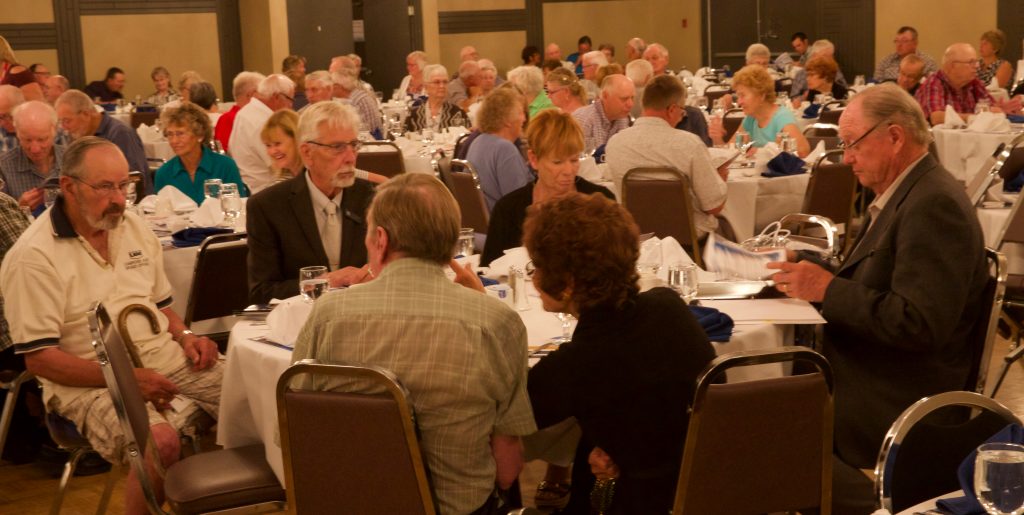