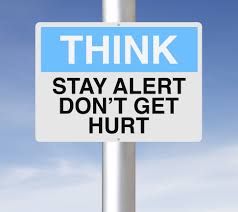 Complacency is one of the greatest enemies of safety. It is defined as, “a feeling of quiet pleasure or security, often while unaware of some potential danger.” Complacency can happen while driving, operating equipment, or engaging in recreational activities. It also happens in a work situation after someone has done the same task the same way, dozens, or hundreds, of times. Complacency is linked to other actions like taking shortcuts or ignoring standard safety procedures.

A mindset of invulnerability creeps in, giving a person a false sense of security even when using procedures that they know are questionable. When substandard procedures are repeated many times without adverse consequences, in our mind they become the new, accepted standard. There is a belief that nothing bad will happen, a belief based on emotions rather than fact. In truth, no one is invincible, and words like, “I’ve done it that way for 20 years and never had a problem” have been spoken many times following an incident.

Guarding against complacency is a constant challenge and is critical during activities with inherent high risk. Battle River Power Coop and the farming community that we serve are both engaged in industries requiring strong risk management. In the case of farming, the month of May has the distinction of an annual upswing in the number of farm fatalities, a trend that historically continues through summer and into the fall.

In the electrical industry and in farming, while driving or operating equipment, conversations on risk are worth the time. The simple action of having discussions with family members and co-workers is an effective weapon in fighting complacency. When you talk about risk management, ask questions and wait for answers, you move out of complacency and into awareness, giving yourself and those around you a greater opportunity to complete the day’s tasks without injury.